UDT Europe, the event for Undersea Defence Technology, comes back again on June and for this edition the chosen city is Rotterdam. To show you all the novelties waiting for us we interview John Hony from CMS Strategic, the show organizers. 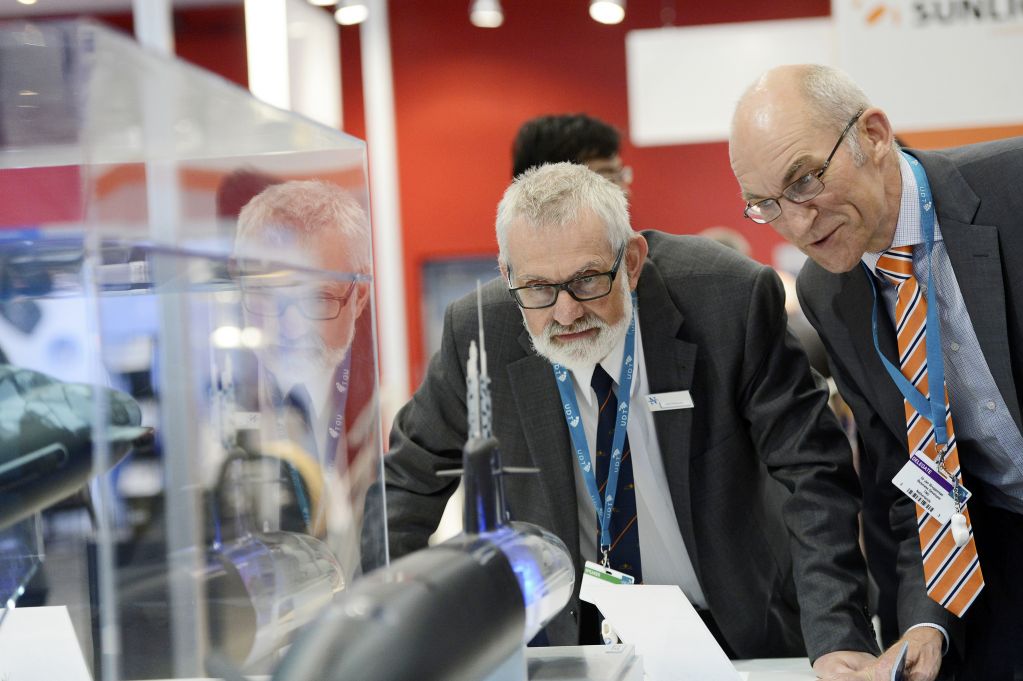 The novelties of the next edition: 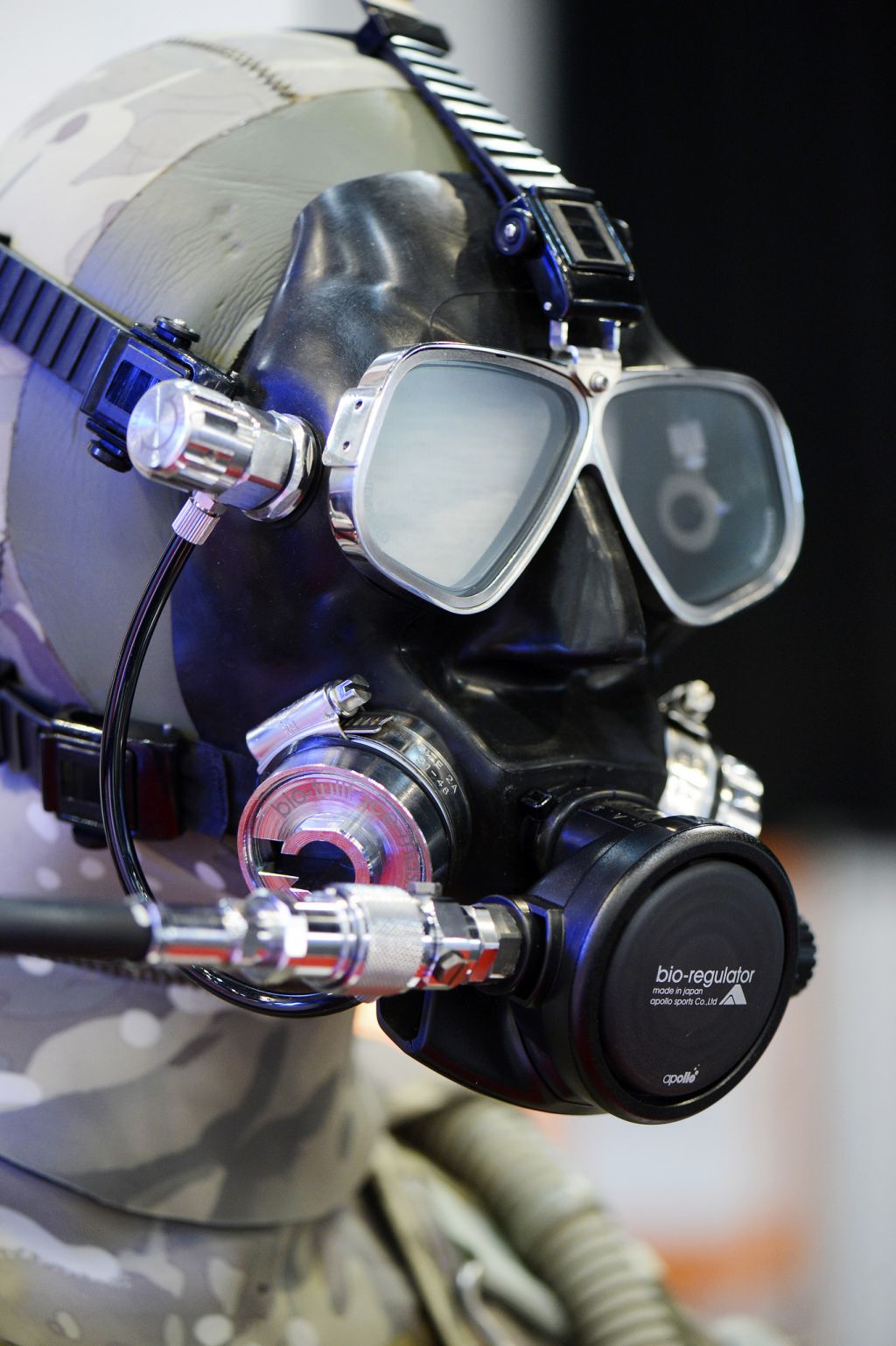 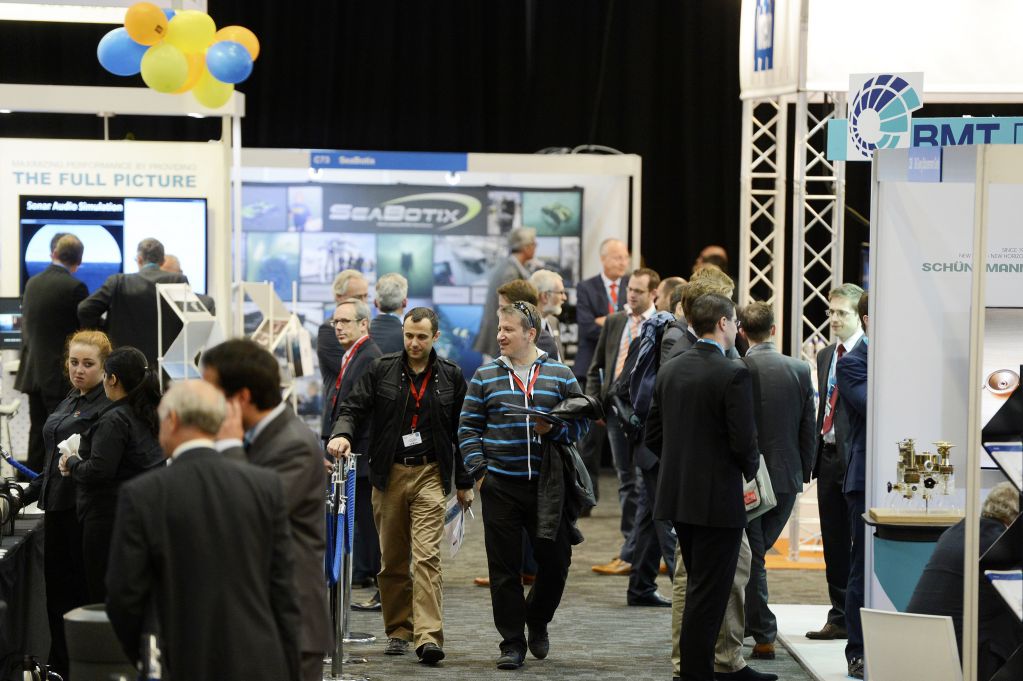 ‘Underwater Capability for an Uncertain Future’ is the overall theme of the UDT 2015 conference. The conference is renowned for its responsiveness to significant developments in the subsea environment, not least in countering the evolving threat portfolio. This is reflected in the 2015 agenda which encompasses submarine warfare, anti-submarine warfare, mine warfare, hydrography/environmental assessment and maritime security.

Prominence is given to autonomous vehicles in a conference stream that includes mine counter measures; multiple vehicle operations; countering UAVs; and operational, legal and ethical issues. Critical technologies in the areas of communications, command & control and endurance will also be examined. Unmanned system activity in the subsea market is growing fast. The importance of unmanned systems is reflected in both the UDT exhibitor base, and in the conference stream.

Operational drivers and imperatives are always a high priority and the issues under the spotlight include future requirements, command & control, navigation, network centric operations and communications. Separate streams will examine latest developments in sensors and processing and weapon and payload systems.

Escape, search and rescue is another crucially important subject area and examples of current technology will be on display in the UDT exhibition running in tandem with the Conference.

UDT’s platform design content is widely recognised as an authoritative source of learning and this year’s agenda will look at energy, power and propulsion, signature management, performance modelling and safety. 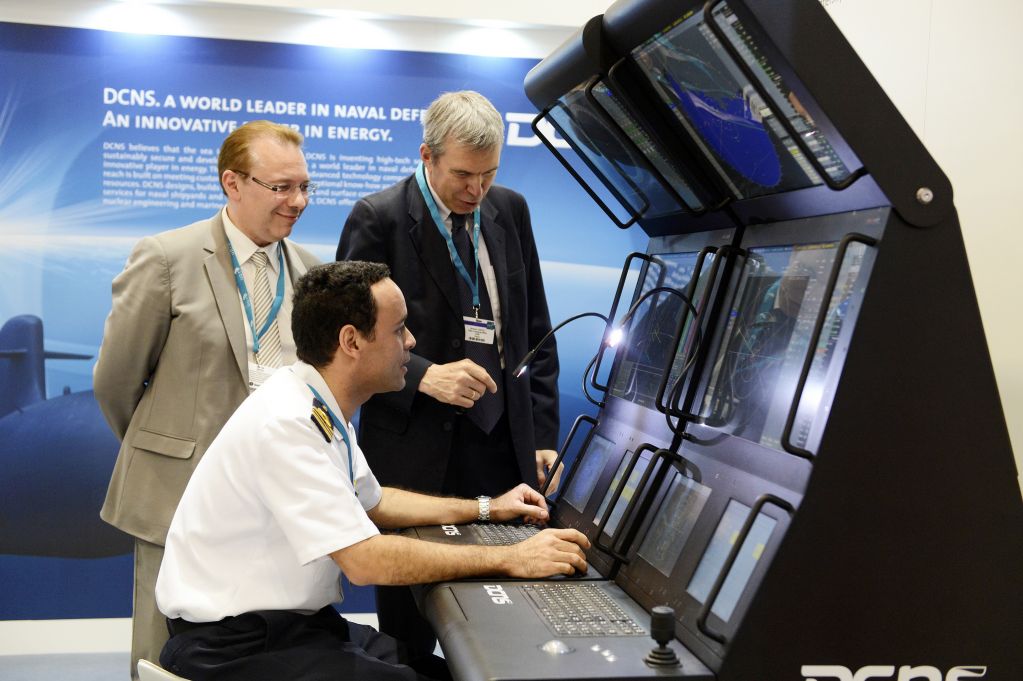 The 2015 conference will be particularly relevant given the current strategic context. Against an uncertain backdrop of a growing number of varied and evolving undersea threats a number of countries are engaged in renewing major elements of their underwater capabilities; while in the security space international organised criminals are exploiting the underwater environment. In light of this, UDT is the centre point, showcasing innovative technologies that will be used to mitigate such threats, and provides a framework for discussion towards a viable strategy in an underwater domain fraught with risks. The surface of the sea remains the world’s primary trading highway, and its protection above and below the waves is vital to the global economy; but fast rising in importance is the sub-sea domain as it is a vital source of natural resources, and a critical transport medium for both resources and data by pipeline and cable. UDT 2015 will address how these challenges will be met in the future underwater domain. 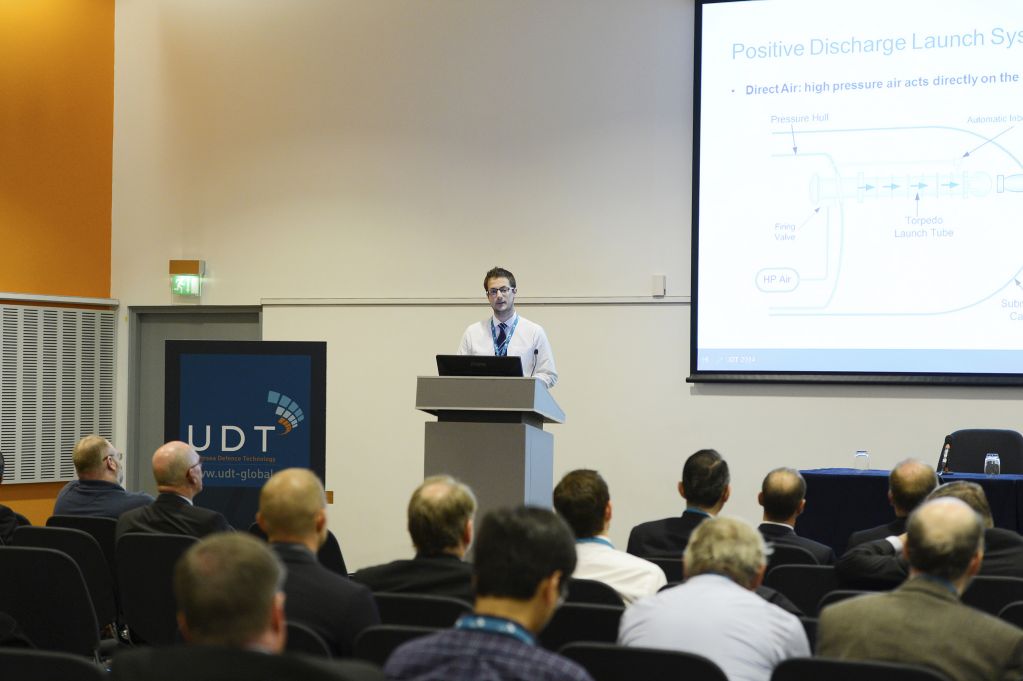 Attendees will gain valuable experience from UDT 2015. On each day there will be a panel and keynote by senior officers which can be attended by all visitors

The opening keynote speakers and panel for UDT 2015 present a range of views from the naval customer community at the most senior levels. The panel has members from key nations that have active submarine, anti-submarine, and mine warfare programmes, and there are expressions of interest from other submarine operating nations who are keen to join the panel. The panel will speak to their national priorities, but also reflect on the challenges of an uncertain global climate and new technologies – such as the rise of autonomous systems – will have on their service’s approach to the future.

The second day of UDT will open with a focus on the theme of this conference: ‘Underwater Capability for an Uncertain Future’. A panel drawn from industry, users, and those engaged in the critical aspects of R&D will debate the issues that are confronting the underwater technology community and causing a global proliferation of subsea systems. There are a range of issues from global tensions and technological innovation to regulation that will affect the development, deployment and employment of new underwater systems in the civil, military and security spheres. As the premier forum for technological exchange the panel at UDT will explore the contemporary context of increasing subsea systems procurement and the growth in autonomous systems. 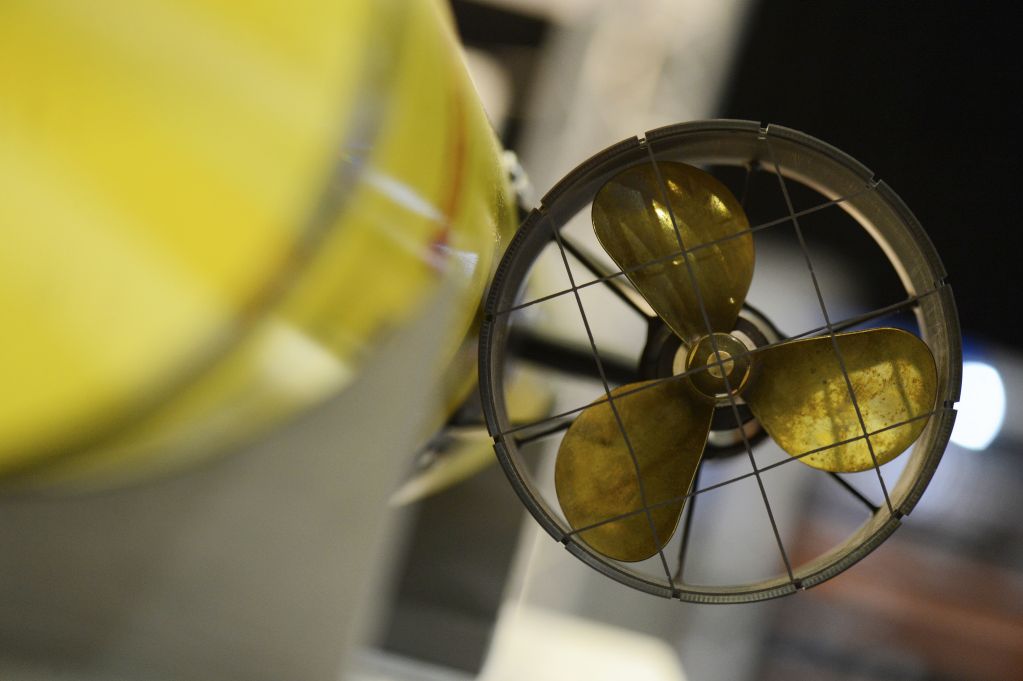 3.- Broad exhibitor base with high tech subsea solutions on display

The importance of unmanned systems is reflected in the UDT exhibitor base. Ortega Submersibles, from the Netherlands, manufacture ‘The Ortega Explorer’, a high end, fast, single-person submersible designed for treasure hunting, archaeological research and other submersed adventures.

French company, and first time exhibitor, ECA, design and manufacture a wide range of unmanned systems. Their subsea applications range from survey to inspections to mining to tracking of telecommunications and power cables. Among the solutions proposed by ECA Group, are autonomous and specifically designed systems that carry out a variety of inspection tasks from ultra-deep offshore oilfields to inspection of pipelines, risers and mooring lines. 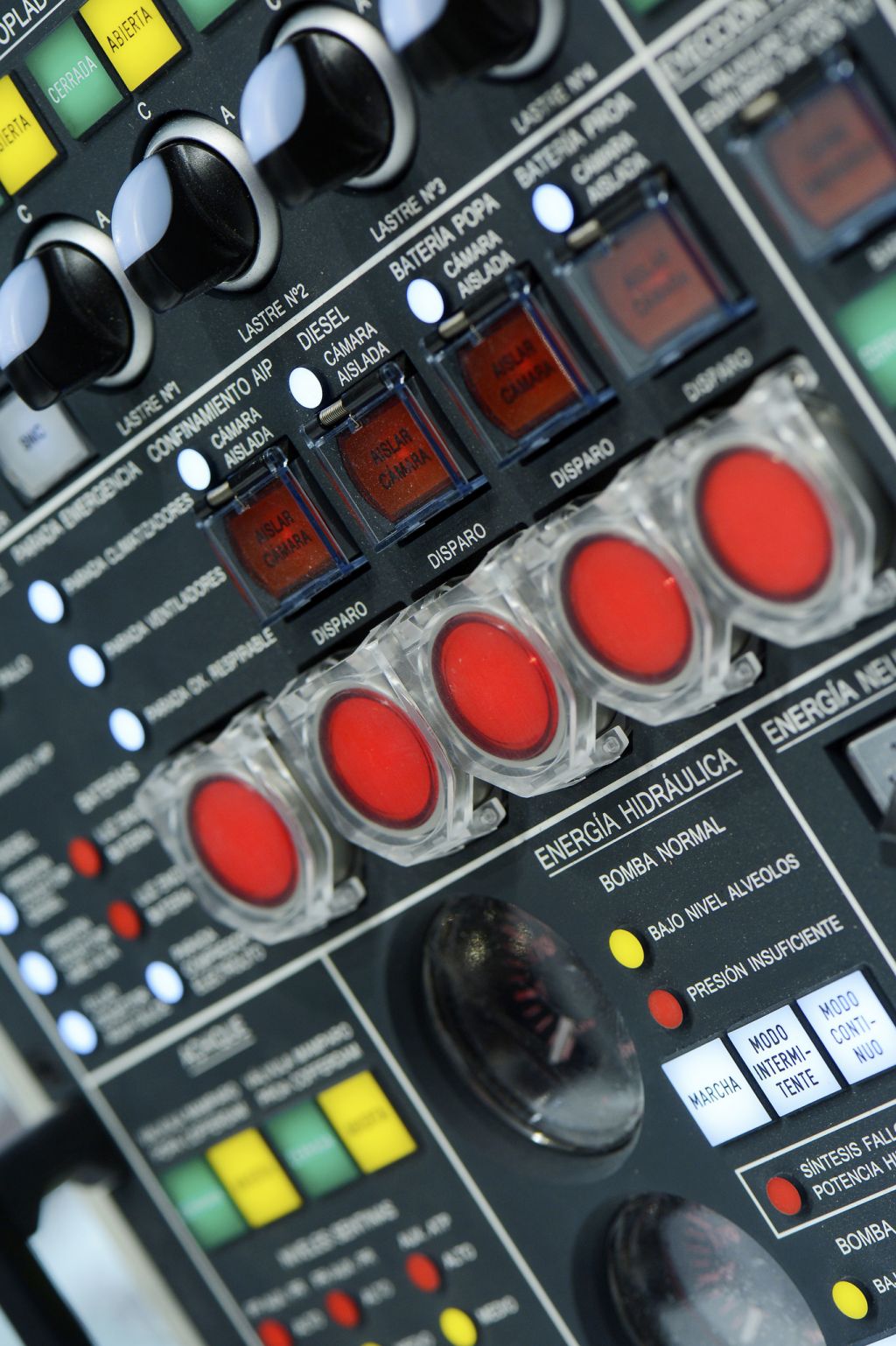 Other exhibitors include EvoLogics GmbH who specialise in underwater communication and positioning systems such as the EvoLogics Sonobot - an autonomous unmanned surface vehicle for hydrographic surveys. It was developed to provide surveyors, service providers and researchers with a smart lightweight solution for hydrographic surveys and other applications in harbours and inland waters.

Also of note, Kongsberg Defence Systems, leaders in submarine and surface ship combat systems, and mine counter-measures systems have developed C Inspector; a multipurpose ROV which combines the autonomous features from an AUV with the interactive capabilities of a ROV. It can be used for inspection, interactive threat identification and intercept. 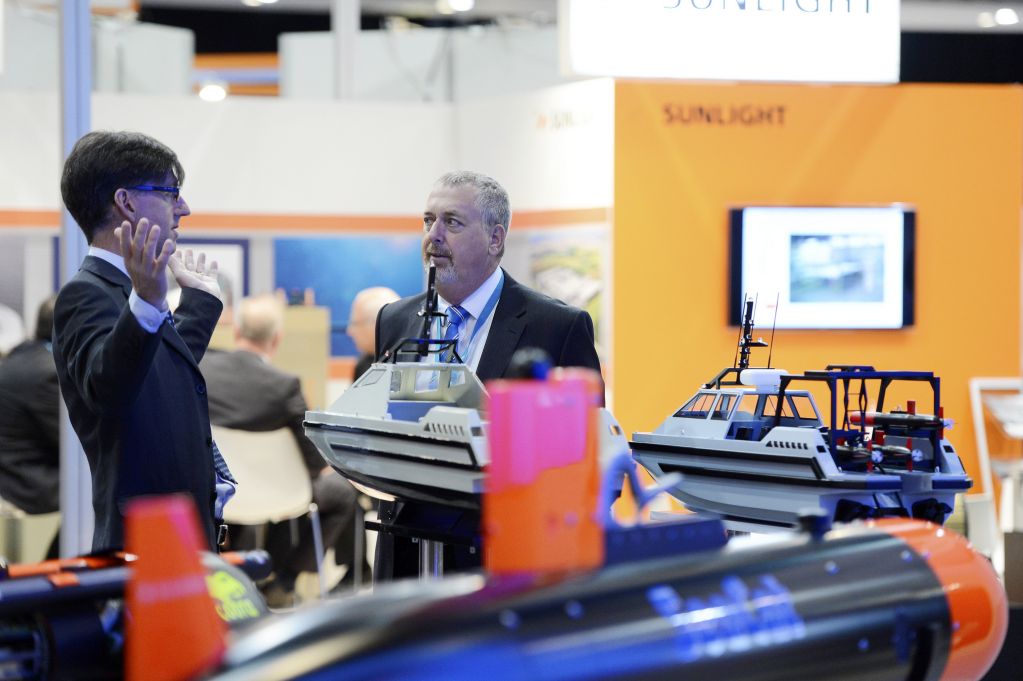 Participation results from the last edition: 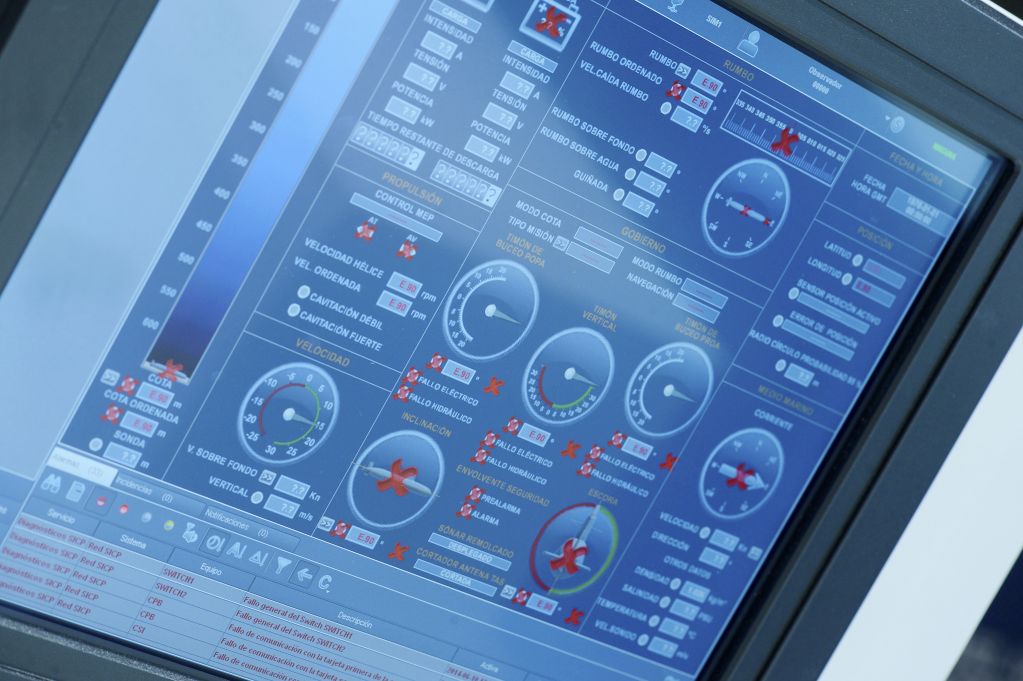 885.556 companies are already part of ntradeshows.com